Back to news listPreviousNext
Posted on: September 9th 2022

We are very sad to hear the news of the passing of Queen Elizabeth II today.  Our thoughts are with her family at this time.  The Queen was an example to us all of public service, honour and dignity.

Following the death of Her Majesty The Queen, The Redstart Learning Partnership and its 10 schools, at the expressed wish of His Majesty The King, will follow a period of Royal Mourning to be observed from now until the Queen's funeral (the funeral date to be confirmed).

Mrs Suzanne Flack, CEO of The Redstart Learning Partnership (TRLP) will leave a floral tribute at the gates of Buckingham Palace on behalf of TRLP.

Our schools will not be following any particular behaviours during this period however, there may be a number of changes to our planned events and communications. Schools will remain open and normal attendance will be expected.  Special activities, assemblies and lessons may be adapted to reflect the period of national mourning.  Books of condolence will be open at a number of our schools to commemorate the life of Her Majesty.

May Her Late Majesty Queen Elizabeth II rest in peace and rise in glory.

Also in the News

What a year we have at our school. It seems like only yesterday that I was welcomed back into the Buckland family and in to the Castle one too! I feel blessed to have had the opportunity to work with amazing teachers and delightful children everyday. It doesn’t matter which school site I find myself on (often more than one in a day) I am always greeted with beaming smiles and welcoming words. It really does make my heart sing. We have had a rollercoaster of a year in terms of closures, illness and general ups and downs but you have all dug in and made each day worthwhile. I think we have all shown our true Somerset spirit! Thank you to you all. Castle Primary School and all of its wonderful village idiosyncrasies have begun to blossom again after 2 years on hold. Having a brass band accompany our children under the twinkling lights as they sang Christmas carols was a delight and then to parade around the village wearing our finest Easter bonnets was a thing to behold. Add in a full circus organised by our FoCS team for the whole village to enjoy which raised over £3000 towards the reopening of our pool and you can see why we are all so exhausted! I look forward to the many more celebrations, festivals and events that the school and local community bring together for us to be part of. Thank you everyone for your support and commitment to our school. Year 6 you leave us to start your next adventures. We know that you will all make the right choices and make our world a better place for having each and everyone of you in it. Be amazing! (and remember that we don’t talk about the lions!!!!!) Mrs Chant you leave us after over 30 years of service to our school. We thank you for your love and commitment to our staff and children. Enjoy your next adventure too! A big thank you to Mrs Campbell who is stepping down from FoCS after 20 years of fundraising and coordinating our out of school events. We are very grateful for all of your support.  Categories: 1 CategorySchool News

Do you know how I know that summer has finally arrived? It isn’t that the trees are now fully green with leaves and that their fruits are beginning to grow or that the sunshine is desperately trying to break through the clouds (other weather conditions are available!). No, it is the fantastic moment when I stand in front of all of our lovely children in assemblies and see how much more space in the hall they all take up now compared to the start of the year in September.  “My, how they have all grown!”. Yes, they are physically all taller, wider, faster, stronger, many have deeper voices and that always makes me smile. But listening to them play together in school and to talk about events in the wider world with kindness, tolerance and acceptance for those around them is their true growth. Our children work together and and coexist in our small village school but they think big and know their place in the world. Most importantly, they know that they are part of the solution and that they can make a difference.  “My, how they have all grown!”.  Categories: 1 CategorySchool News

It is often quoted that ‘good things come in small packages’. That is certainly true of this half term. We have managed to pack so many amazing opportunities  into the last 5 weeks. Tintagel visited Longleat as part of their discovery work on Costa Rica (we don’t talk about lions!!!). Nursery visited an allotment to find out how things grow. Drogo class took a trip to Ferne Animal Sanctuary to study the animals and find out more about how they are cared for. Corfe undertook a local study around Stoke and Totnes and Dunster became geographers and geologists undertaking field studies at Lyme Regis. May is also SATs time! The SATs gave our children an opportunity to apply all of their learning and we are very proud of all of their efforts and resilience. We then joined an Art ‘draw along’ with author and illustrator Steve Antony, as he demonstrated live how to draw like an illustrator. Finally, we all gathered together for our Jubilee picnic in celebration of our Queen and her unwavering service to our nation. I’m confident that our red, white and blue apparel will demonstrate our patriotism and will possibly be visible from space! Thank you all for your support over the past 5 weeks. Have a wonderful Jubilee celebration weekend and I look forward to welcoming you all back for our final half term.  Categories: 1 CategorySchool News

The emergence of spring at Castle Primary School has brought with it the spirit of giving. As a school we have opened our hearts and our pockets to support charities, both local and global. Thank you for all of your support with our fundraising efforts. It has once again demonstrated that our small school can make a big impact in the world. Spring has also marked the return of better weather too. It is lovely to hear the children engaged in outdoor activities linked to their classroom learning with such excitement. I witnessed a whole river system from source to estuary simulated on our playground created by Totnes and Dunster classes. I was blown away by their articulate responses to how the river was formed and the process of the water cycle. I has also finally demonstrated a good use for the gradient of our playground! I wish you all a safe and restful end to the term and we look forward to inviting you in more to share all of our learning as the summer term unfoldsCategories: 1 CategorySchool News 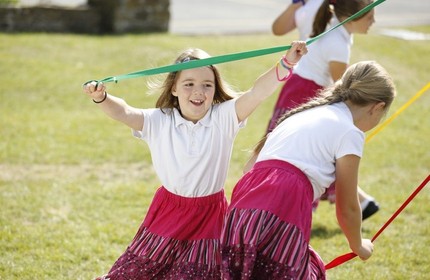 It has been a jam packed half term here at Castle Primary School with lots to celebrate across our whole school. As I do my daily walk to say hello to everyone I am always amazed by the marvellous activities that the children are engaged in and the positive energy that permeates through our school. As the discovery topics draw to a close I have witnessed a Corfe class simulated reenactment of the Great Fire of London in Forest school (with actual burning model buildings!), An Egyptian museum exhibition where all of the exhibits have been made by the children of Totnes and Dunster classes and a VE celebration party held by the children in Tintagel class. I challenge any of your children to sit around the dinner table this week and say that they didn’t do anything at school! It makes me wish I was a child again. We are sad to let you know that Miss Coupe will be leaving us today. We will miss her and we thank her for all of her hard work and enthusiasm. We wish her well. Have a safe, restful and well deserved break everyone and we look forward to sharing all of the exciting things that we will be learning next half term.  Categories: 1 CategorySchool News

A very warm welcome back to you all. I hope that you had a fabulous, festive and fun filled two weeks away from school. I know that I do not need to be anywhere near a minced pie again until al least November! We are grateful that term has started as smoothly as could be expected in such turbulent times. The children have settled back into routine like clockwork and this has helped us to maintain a calm and positive environment as we start the term. As I do my daily visit to all of the classes, it is fabulous to see all of the children engaged in their learning and sharing their own understanding of the world around them.  There are many exciting experiences planned for the children to get involved in over the coming term and we can’t wait to share all of our learning with you. We currently have a vacancy on our Teaching and Learning Committee (Governing body equivalent) and we would love to have parental representation. It’s not as onerous as it may sound! The committee meets 4 times a year for  an hour to discuss the school's progress and to help challenge and steer the wider development of our children’s education. If you are interested then please fill out an expression of interest form (available form the school office) Having a parental voice on our committee is an invaluable part of the team as it give us the parents perspective. I hope to see you at our next meeting!!!  Categories: 1 CategorySchool News

IT’S CHRISTMAS!!!! Yes that day you have been looking forward to is just around the corner. It has not been a smooth running term where government guidance has been concerned but we have done our upmost to offer our children as ‘normal’ an end of term as we can. Many of our usual activities and events have been able to continue with only minor adjustments or a change of venue. The tree is twinkling and the performances, albeit recorded or outside, have concluded. All that is let to do now is to sit back, light the fire, pour a glass of something lovely and reflect on all of our achievements this term.  The children and staff have worked extremely hard to create interesting and creative discovery units that have culminated in some fantastic design work. Light up models and sustainable Christmas gift wrapping solutions to name but a few. We continue to  develop our curriculum to enthuse and engage our children in purposeful and exciting activities and the results of this are amazing! Thank you for you support, patience and flexibility this term. Have a safe and restful Christmas break and I look forward to seeing you all in January.  Categories: 1 CategorySchool News
Back to Top